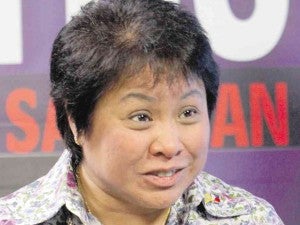 Self-employed professionals will soon be required to submit income tax returns (ITRs) when they renew their licenses.

This was announced by the Bureau of Internal Revenue (BIR), which sought the assistance of the Professional Regulation Commission (PRC) in solving the long-standing issue of rampant tax evasion among self-employed lawyers, doctors, accountants and other professionals.

Under the measure, Internal Revenue Commissioner Kim Henares said the PRC would decline applications for a renewal of licenses submitted by professionals if they fail to submit ITRs. She said the move could significantly increase the number of registered taxpayer among the self-employed professionals and, in the process, curb tax evasion.

“We are closely coordinating with the PRC and this [requirement of ITR for renewal of licenses] will take place soon,” Henares told the Inquirer.

She added that PRC was one of the government agencies that the tax bureau was in discussion with in its drive to plug tax leakages.

Tax officials said many of the BIR-registered professionals even resorted to under-declaration of income to pay lower amounts of taxes.

Henares said that by making ITRs one of the requirements for a renewal of licenses, the self-employed professionals who were not yet registered with the BIR could finally come out and contribute to state coffers. Those who resort to under-declaration of income are also expected to rectify their tax payments.

Based on estimates from the Bureau of the Treasury, the government was losing an amount equivalent to 4 percent of the economy’s gross domestic product every year due to tax evasion and income under-declaration.