How to create a brand for a country | Inquirer Business

How to create a brand for a country 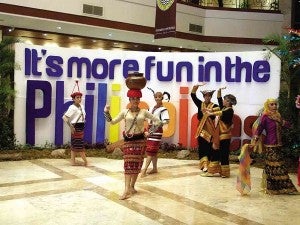 THE PHILIPPINES need to find an icon people will associate it with. Photo By Marlet D. Salazar

Creating a brand for a country goes beyond a catchy slogan or memorable theme song although these surely helps.

In her talk, “Branding Strategies,” Thng says that country brands go beyond tourism. “Branding is also about a nation’s politics, economy, security, and others.”

She adds that there has to be that one icon that would represent the destination. She gave examples like France where people immediately think of food and wine as well as arts and culture; Italy, which is famous for its centuries-old structures; and even the United States for modern-day brands like McDonald’s and Starbucks.

The Philippine Department of Tourism’s (DOT), “It’s more fun in the Philippines” campaign has been successful, with memes that started with only four and now multiplied to 55,000, according to DOT. The campaign used powerful images, a catchy slogan, and a memorable theme song.

However, Thng notes, that the country also fell short in allowing Hollywood film “Bourne Legacy” film in slum areas. “Personally, I wouldn’t have approved that,” she says, “because that is not the face of the Philippines.”

“Country branding comes with the images that come to mind,” Thng, who has been working in the Philippines with various companies for five years now, reiterates.

While Thng also talked about truth as part of building a country brand, she explains that branding is important because it gives differentiation. “Some people choose to buy Nike over Adidas or Puma over World Balance,” she says, “but chances are, (these products) are all made in China.”

“Why is branding so interesting?” she asks. There is a coffee mill (not cafe) in Indonesia called Setarbak Kopi. If it had been a coffee shop and pitted against US’ Starbucks, it is likely that most of the consumers would choose the latter even if both companies use the same kind of coffee beans.

“Starbucks has the edge on branding experience,” Thng says. “It became a cool coffee brand, not just coffee.”

Thng strengthens her point by explaining how other countries use “Bali” in selling their own tourism destination by marketing pitch of “The Next Bali” or “The New Bali.” Bali is one of the most celebrated pristine beaches in Indonesia.

“Bali has evolved into a brand,” she says.

Thng and her company did New Zealand’s branding destination using the catchphrase “forever young.” It helped that the company used the familiar song “Forever Young” by a German rock group called Alphaville. Apart from New Zealand native and film director Peter Jackson using it as the backdrop for the movies “Lord of the Rings” trilogy, the campaign helped boost the country’s tourism.

“Branding is not (only) about sitting down and thinking about slogan,” she says. “You consider the strength and weaknesses of a brand and how you can achieve every part of it. In this case, we see New Zealand as a very young country.”

Thng also advises about consistency, saying that constantly changing a brand or image is “perhaps one of the biggest mistakes you’ll make (in branding).”

“We can solve brand issues by advertising,” she explains. “Branding is about creating and owning an image and consistently building that image as the years go by. You can’t change every year because then you are offering a different image. People will be able to know who you are because you and your logo have been consistently used.”

Thng shows recognizable logos that stand on their own without a need for titles or brand name. Thng made her point by mentioning that Kodak may no longer be a major player in the camera market and the company has already abolished its film segment, but people still remember the brand.

Thng also explains that when choosing a brand position, one should narrow the target market as much as possible. “Don’t try to be a brand for all people and for all nations,” she says. “The narrower you are in positioning your brand, the closer you are in getting the customers and travelers you want.”

As for changing certain aspects of the image of the Philippines such as security and safety, Thng says public relations is needed. A good public relations program can go a long way in changing the negative impression of the country.

Thng says the Philippines is indeed a fun country and Filipinos can capitalize on that in creating the brand.

Thng’s talk was part of Cebu Business Month organized by the Cebu Chamber of Commerce and Industry.