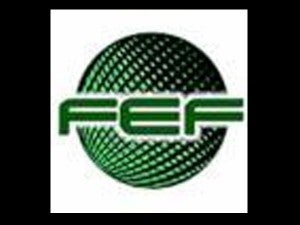 ALTERNATIVE The Foundation for Economic Freedom is proposing auctioning allotments of the 760 megawatts for renewable energy sources instead of imposing feed-in-tariff rates, which would entail additional burden to electricity consumers.

A group of economists has urged the government to auction to investors the limited installation allotments of 760 megawatts for renewable energy sources to derive the lowest possible rates for each resource.

According to the Foundation for Economic Freedom (FEF), this could be an alternative to the imposition of feed-in-tariff rates, which, once implemented, would further burden all electricity consumers through a universal levy called FIT-Allowance.

The FEF made the suggestion to the Energy Regulatory Commission (ERC) as it expressed concern over the “expected increase in electricity prices that will be borne by consumers inequitably and that which can erode local industry competitiveness.”

The proposed FIT rates, FEF added, should likewise be treated as price ceilings—if proponents are willing to supply at a lower price, lower tariffs should be awarded.

Based on the application filed by the National Renewable Energy Board last May, solar developers and ocean energy project proponents will enjoy the highest feed-in-tariff rates of P17.95 a kilowatt-hour and P17.65 a kWh, respectively. Investors in wind development will be given a FIT rate of P10.37 a kWh; for biomass, P7 a kWh; and for hydro, P6.15 a kWh.

The government, however, has yet to officially decide on how it plans to allocate the installation target of 760 MW over the next three years.

Of the 760-MW installation target, as submitted by the Department of Energy (DoE) to the ERC, only 50 MW in new installations would be allowed for solar facilities; 200 MW for wind; 10 MW for ocean; 250 MW for hydro; and 250 MW for biomass.

The division may prove to be difficult as the approved renewable energy service contracts as of June 7 showed that potential projects could generate an estimated 2,823 MW—not to mention that there were close to 400 service contract applications whose approval remained pending to date.

Some developers earlier criticized the DoE for floating the idea of companies deciding among themselves as to whose project would be included in the allocated capacity.

But Energy Secretary Jose Rene D. Almendras said in an interview that he never made announcements that insinuated such an idea.

“I never said they should talk among themselves to decide. Senators are also suggesting [the installation target] should be bid out. We will wait for the ERC decision and consult with legislative branch,” Almendras told the Inquirer.

Read Next
Sitel to open 2 more sites in Philippines
EDITORS' PICK
Biden says Covid-19 expected to kill ‘well over 600,000’ in US
UP president challenges AFP claim on Reds’ campus infiltration
WHO says fabric facemasks still work against virus variants
Is your company a growth champion? Stand up and be recognized!
Acer Philippines welcomes you to its first flagship store
New Year, New Rediscoveries
MOST READ
Ate Vi’s message to those against ABS-CBN’s franchise renewal
OVP spokesman tells Mocha Uson: Don’t drag us into your nonsense
Cop, 12 others killed in Maguindanao shootout
UST students protest dismissal of Grade 12 student
Don't miss out on the latest news and information.

Cop, 12 others killed in Maguindanao shootout

PH eases travel curbs for tourists from countries with variants

‘Too early to declare community transmission of Covid variant in PH’