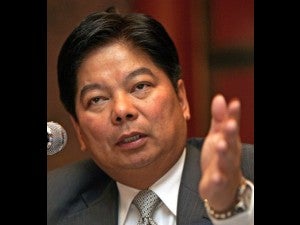 Capital controls to stabilize the country’s financial markets are off the table despite the recent crash in local share prices and the depreciation of the peso, the Bangko Sentral ng Pilipinas (BSP) said Tuesday.

As asset prices in emerging markets collapse because investors are pulling out of emerging markets due to an improving US economy, the BSP said it remained confident that the country’s macroeconomic fundamentals would be enough to keep the Philippine economy thriving.

Capital controls have a spotty record in emerging markets like those in Southeast Asia. In 2006, the Thai government tried to require 30 percent of all foreign money to be deposited in its central bank for at least a year. The move backfired as Thailand’s stock market crashed. The rule was reversed a day later.

The International Monetary Fund, in 2010, said capital controls could be an effective tool to combat the destabilizing effects of “hot money,” referring to investments in stocks or government securities.

The Philippine Stock Exchange Index (PSEi) on Tuesday fell to “bear market territory,” erasing all of its gains since the start of the year as investors reeled from the effects of the US Federal Reserve’s signals to end its easy money policies.

The capital flight also pushed the peso to its weakest in several years, bucking most analysts’ expectations that the local currency would stay strong against the greenback throughout the year.

Throughout the turmoil, the BSP has called for calm, noting that while foreign investors may choose to leave the country, the Philippines’ external payments position remained robust.

Remittances from overseas Filipino workers (OFWs), expected to reach $22.5 billion this year or higher by 5 percent from 2012, and revenues from business process outsourcing (BPO) firms would keep the peso strong despite the volatility in financial markets.

The country’s booming tourism sector is also expected to contribute substantially to the economy’s dollar income, the BSP said.