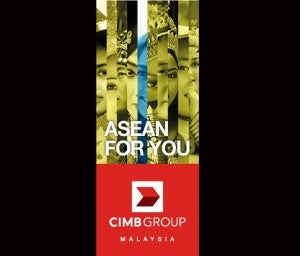 In a disclosure to the stock exchange Bursa Malaysia dated June 21, CIMB Group Holdings said the bank would no longer push through with the purchase of a 59.98-percent interest in the Bank of Commerce. PHOTO FROM CIMB’S FACEBOOK ACCOUNT

MANILA, Philippines—The sale of Bank of Commerce by conglomerate San Miguel Corp. (SMC) to Malaysian banking giant CIMB has been officially called off due to unresolved issues on real estate ownership.

In a disclosure to the stock exchange Bursa Malaysia dated June 21, CIMB Group Holdings said the bank would no longer push through with the purchase of a 59.98-percent interest in the Philippine commercial bank.

The deal, which would have given CIMB a foothold in the Philippine banking system, was estimated at P12.2 billion.

One snag had to do with land issues. CIMB needed to spin off a partner realty company to handle the property assets of Bank of Commerce since the Philippine Constitution forbids 100 percent foreign land ownership. CIMB reportedly wanted San Miguel to co-own the realty company but negotiations in this regard were apparently rocky.

In its disclosure, CIMB said the sale and purchase agreements (SPAs) in relation to the proposed acquisition had lapsed and no progress was made during extended talks.

The deal was complicated by the constitutional limit (40 percent) on foreign ownership of real estate in the country. Since Bank of Commerce had some real estate assets, such as bank premises and some foreclosed property assets, the transaction had to be structured in such a way that real estate assets would be spun off into a joint-venture realty company.

CIMB had wanted SMC to keep ownership of the realty company after the Malaysian group took over the operation of Bank of Commerce.

The talks between SMC and CIMB were a roller-coaster ride for both parties. At one point, SMC signified it was ready to walk away from the deal. Early this month, a breakthrough was thought to have been achieved. On June 11 after SMC’s stockholders’ meeting, SMC president Ramon Ang told reporters the deal with CIMB was “completely done,” with the official closing expected to take place within 30 days.

Asked what happened since then, Ang said in a text message on Saturday: “They went back and want us to co-own bank’s land company again.”

Ang had said earlier that if the deal didn’t push through, SMC itself would run Bank of Commerce and recapitalize the local bank with $2

Incorporated in December 1963, Bank of Commerce is the 16th-largest bank in the Philippines with total assets of P96.3 billion. It operates at least 122 branches and 300 ATMs throughout the country.

The Malaysian bank had wanted to acquire Bank of Commerce as part of its regional expansion plans.

SMC gained control of Bank of Commerce in 2009. The conglomerate has been diversifying its traditional food and beverage businesses in the last few years. It has entered the power, oil refinery, toll road, mining, airport and telecommunication fields, and most recently bought a substantial stake in and taken management control of flag carrier Philippine Airlines.