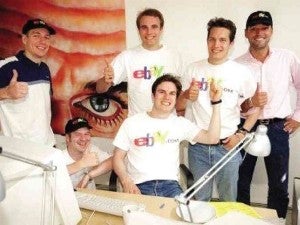 The six-man team that built Alando, an EBay copycat

If someone looked at him and had to guess what he did for a living, 99 times out of a hundred the first guess would be somewhere along the lines of “struggling musician” or “Madisch,” the CEO of ResearchGate, a social network for scientists. But that’s just his day job.

Madisch says he’s a scientist by trade, and through his work at ResearchGate—giving usually-secretive and sometimes reclusive scientists the chance to work with colleagues from across the world via social media—he thinks he can win a Nobel Prize.

“These scientists are communicating and that’s leading to breakthroughs that weren’t possible before,” Madisch says in a meeting with journalists in ResearchGate’s office in an old neighborhood in the former East Berlin.

“We’re not building the next coupon company. We’re building something fundamental in the world,” he says.

Madisch is the poster-boy of Germany’s burgeoning start-up scene, and Berlin is leading the way. 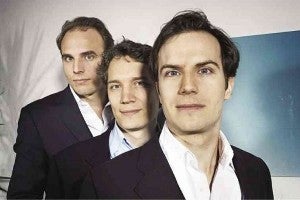 Berlin, which has given itself the nickname “Silicon Allee,” may be the most unlikely candidate to becoming a technology hub among all major European cities.

Among other major city-states in Germany, the capital only ranks 13th in terms of gross domestic product or GDP per capita. None of the blue-chip companies in Germany’s DAX index is based in Berlin. Unemployment, at over 12 percent, is double the national average and higher than most major cities in the former East Germany.

Yet the city continues to defy expectations. Over 1,500 start-ups have been founded and have set up shop in Berlin since 2008. About 500 of these companies were started just last year.

This is a feat that many Asian cities, among them Manila and Singapore, are trying to replicate.

Berlin’s start-up story began over a decade ago, when, in the year 2000, six fresh university graduates, started a small Internet company called Alando. The company was a clone of United States e-commerce firm EBay. 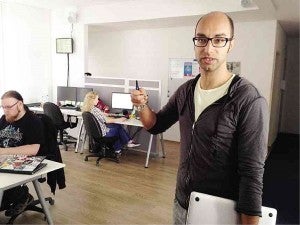 It took the six men six months to build and launch Alando, before it was sold, oddly enough, to EBay itself for $50 million.

“That started the Internet euphoria in Germany. These guys were instant millionaires,” Selbeck says. “They started their own company, and that wasn’t normal at the time… and they inspired a whole generation of German people,” he says.

Three of the Alando founders are the now-notorious Alexander, Oliver and Marc Samwer. “They took their money and reinvested it, and since then, they have become Germany’s most successful Internet entrepreneurs,” Selbeck says.

Most Filipino netizens do not know who the Samwer brothers are, but among their creations are the e-commerce sites Lazada and Zalora. Both firms are copycats, being clones of US-based companies’ Amazon and Zappos.com, respectively.

Selbeck, the former CEO of EBay Germany (the former Alando), says the Samwer brothers’ notoriety was probably well-earned. “These guys are reviled in Silicon Valley because they are known as copycats,” Selbeck says. 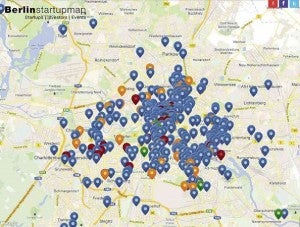 A MAP of all the start-up headquarters in Berlin.

The Samwer brothers are also known as being hard-nosed businessmen, Selbeck says. In 2010, Samwer Brothers built a clone of Facebook, the world’s most successful social network. The Facebook clone was eventually sold for a hefty sum, which the three brothers eventually invested in—wait for it—Facebook itself.

Selbeck says the Samwer brothers’ skill was not in building new businesses, but in execution. In just over a decade, he says Rocket Internet has built a global organization of 30,000 employees that allows the group to quickly launch new companies around the world.

“Executing a good idea is not easy. It takes skill,” Selbeck says, noting that this was a lesson all start-ups should learn to succeed. “Executing something is just as valuable as having that good idea,” Selbeck says.

The German capital has caught the attention of many of the world’s biggest technology venture capitalists or VCs. Among the big companies that have or are planning to invest in Berlin start-ups are Accel Partners, which manages nearly $9 billion in funds, and JP Morgan Asset Management.

Earl Valencia, co-founder of the Manuel V. Pangilinan group’s start-up incubator IdeaSpace Foundation, says the country was still waiting its first success story that can do for the Philippines as what the Samwers did for Germany.

“It will take these success stories for people to realize what we can bring to the table,” Valencia says in a recent interview. “And everyone has to make money,” he adds.

Apart from finding ideas that have the potential to be the “next big thing,” IdeaSpace’s main mission is to give young entrepreneurs the skills needed for execution—the very skills that made the Samwers as successful as they are.

Today, there are countless Filipinos doing great work in California’s Silicon Valley, but the clear stand out is Diosdado “Dado” Banatao.

Among his many achievements, Banatao founded Chips & Technologies, a company that started its life selling chipsets to early generation IBM personal computers. Chips & Technologies was later acquired by global giant Intel Corp. for a cool $300 million—a transaction that holds the distinction of being the most lucrative “exit” by a Filipino entrepreneur in the technology industry.

To find the next “Dado,” Valencia says the mindset of engineers and computer scientists has to change. Valencia says while the Philippines has an abundance of talented engineers, the nature of the country’s education system’s main goal is to help students find jobs, not invent their own industries.

The first step to achieving this would be through the integration of business courses in college-level engineering courses, Valencia says.

“There’s a belief among engineers that business school is not the right path,” he says. But while many Filipino engineers have the talent to build new technologies that the world can appreciate, these same people have no idea how to bring these products to market.

Back in Berlin, Sebastian Blumenthal, a member of the German parliament and Chair of the Sub-Committee on the New Media, believes the training to have one’s own start-up should begin much earlier.

He says IT classes would soon be part of Germany’s primary education curriculum, with computer skills to be taught as early as the third grade.

“We have typical education for math, physics, and chemistry for primary and secondary education. But IT is not really placed there at the moment,” Blumenthal says. “Pilot tests have already started to introduce IT classes in grade school,” he points out.

“This is a basic cultural skill that should be on par with writing and reading. IT ‘savvyness’ should be part of [Germany’s] future curriculum,” he says.

Other government measures being pushed in the “Bundestag” include the creation of government-funded accelerator programs for start-ups, various regulations that ensure privately-run telcos provide high-quality broadband services even in the German countryside, relaxation of rules for immigrants, and strict data protection laws for citizens.

In Manila, Valencia says the Philippine government would do well to copy Germany in pushing policies that help local tech businesses with global potential.

In particular, Valencia adds the country could benefit from the relaxation of immigration rules for small businesses that wish to set up shop here.

“There will have to be policies that favor intellectual workers… We should have some program that brings the best and the brightest young minds to the Philippines,” Valencia says.

He says getting talent from abroad, particularly, foreigners with roots in the Philippines, can help challenge locals to strive to be world class. This would also help bring in new ideas and insights that would make it easier for Filipino companies to tap global markets.

Valencia points a city like Manila has many advantages over first-world cities like San Francisco and New York.

For one, small companies with less money can hire engineers at lower salaries in the Philippines. Rental rates and other expenses are also cheaper, Valencia says. “And if you’re earning in dollars, the quality of life can be better if you spend in pesos.”

He says moving to the Philippines could also give businessmen ideas that they never would have thought off working in the developed world.

One such idea is by Armtech, an IdeaSpace-funded start-up that developed a low-cost water filtration system designed for emerging economies. “These are the inventions that the first world can’t think of,” Valencia says. Technologies like this may not succeed in lucrative markets like the US and Europe, but can still possibly gain momentum in huge markets like China, India, Africa, and Latin America.

Another incentive for locating in Manila is the prospect of being part of “something bigger,” Valencia says.

“There’s been a lot of good economic news about the Philippines recently. I don’t know if we can sustain this, but we are where China was 15 years ago. You can be part of that ride,” he says.

However, having many start-ups is just one part of the problem for the Philippines, Valencia says.

He says the government has to promote a better investment environment for VCs. IdeaSpace and counterpart Kickstart Ventures (owned by Ayala-led Globe Telecom, the chief rival of IdeaSpace’s principal), are both still strictly funded by their respective parent firms.

This setup is a far cry from the start-up ecosystem of dorm-room companies and billion-dollar VCs that is fueling Berlin’s rise as Europe’s answer to Northern California.

Tax incentives would be a logical first step for the government if it wants to attract foreign capital for technology-related businesses in the Philippines, Valencia says. But easing foreign ownership restrictions and reducing red tape would be equally-important, if not more so.

The Constitution prohibits foreigners from owning more than 40 percent in public utilities such as telecom companies and power distributors. Media companies, meanwhile, are completely off-limits to non-Filipinos.  Countries like Singapore, the US, and Germany, for their part, are much more open to foreign investments.

Valencia says it’s these restrictive policies that can discourage venture capitalists from pouring in big money into the Philippines, if and when the country’s start-up scene catches their attention.

“VCs invest starting with small stakes. But eventually, they’ll want larger percentages and these regulations can discourage them,” Valencia says.

When VCs make money, so do start-up founders, Valencia says. And while he admits that a lot will have to change before Manila is transformed into Asia’s haven for great new ideas, putting in the hard work would be a bet worth taking for all stakeholders, from the private sector to the government.

“It will happen someday. It will happen relatively soon. We have all the right ingredients and the world is looking at [developing markets] for some leadership on how to grow some interesting businesses,” Valencia says.

He admits that a lot still has to change before the Philippines makes a name for itself as one of the world’s start-up capitals. For all of this to happen, he says everybody need only keep one thing on their minds: “Everybody has to make money.”

And that’s easier said than done.