Riders set next ride to save kids from deadly pneumonia 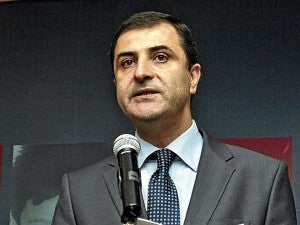 While a generation of our society regarded big bikes or touring motorcycles as romantic symbol of freedom, their owners, especially the clubs they belong to, have acquired a reputation of being menace to society, trouble makers and having that trademark devil-may-care attitude.

While it is true that isolated incidents that have been the focus of bad press have marred the image of this respectable form of recreation, many still believed that such negative public perception could easily be reversed.

“Yes we drive extremely fast but we are skilled enough to be able to accomplish this in the safest manner. Our club’s love for long distance travel and adventure has inspired us to do something inspiring or uplifting,” said Jotle Viray, president of Club PK whose group recently set the record of covering the 12-province, 1,200-kilometer loop of Northern Luzon race in just 17 hours.

Their recent achievement has inspired the attention of the largest research-based pharmaceutical company Pfizer Inc. to team up with this club in order to share their most effective pneumonia-prevention vaccine to poor children in far-flung communities around the Philippines.

“The initiative, dubbed as PD Alliance in Motion, will bring together doctors, our vaccine experts and riders from the elite Club PK, as they embark on a unique road trip spanning far-flung areas in the country to vaccinate children against pneumococcal disease, the leading vaccine-preventable cause of death worldwide,” announced Ahmet Genel, president and country manager of Pfizer in the Philippines.

According to Pierre Niles, senior product manager of Pfizer, the PD Alliance in Motion is of utmost importance: “We are racing against time to protect children against a very devastating disease. We must act quickly, as infants and children below the age of 5 are most vulnerable to pneumococcal disease, with one child dying from the disease every minute, and up to one million young lives lost every year.”

Viray’s group, in partnering with this initiative, not only wants to show that they are the “good guys” who never look for trouble but also help solve a disease that is very dangerous to young children. 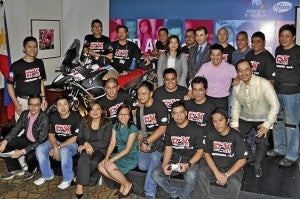 According to Dr. Maaliddin Biruar, senior medical manager of Pfizer Philippines, prevention through vaccination is the best course of action against pneumoccocal disease.

“There are more than 90 strains or serotypes of streptococcus, with the 13 most common serotypes accounting for majority of cases. Many of these strains have become highly resistant to antibiotics. Thus, the victims often have to endure aggressive and lengthy medical treatment, not to mention expensive medical bills,” Biruar explained.

The disease is a major health threat in the Philippines, with 90 percent of pneumoccocal disease victims below 5 years old. Pneumonia is the leading cause of death among Filipino children under 5, and the country ranks 10th in the world with the most number of childhood pneumonia cases.

“I know fully well about the horrors of pneumococcal disease, as my young son became afflicted with pneumonia at an early age. Thankfully, he survived, but I know that many other children have not been as fortunate. That’s why I am supporting Pfizer’s campaign not just as a rider, but more importantly, as a parent,” Viray explained.

With the first target of the vaccination campaign happening in Dagupan,City, Pangasinan, the group is expected to visit 22 cities and municipalities and targets over 1,300 poor children.

“As motorcycle enthusiasts, we gladly go to the most remote destinations simply out of our love for riding. This time, we are traveling with a renewed purpose, and we are one with Pfizer in protecting as many kids as possible from pneumonia and other deadly pneumococcal diseases,” Viray announced.