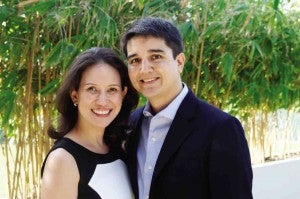 THE AZANZAS serve up healthy living, from fruit juices to delectable salads.

A couple’s passion for a healthy lifestyle led to the creation of a unique business concept that promotes wellness through juice cleansing.

David and Katharina Azanza came from a very juice-centric family.

Kat’s family used to own The Farm at San Benito in Lipa, Batangas.

David explains that a major component of The Farm at San Benito is the production of juice. He is a firm believer in “juice fasting” and its detoxification effect in the body.

In promoting a healthy lifestyle, the couple decided to introduce juice fasting to the Philippine market.

“We wanted something different. At that time, there were kiosks of smoothies and juices in the malls,” David says. He adds that juice cleanse kits already exist in the United States and in Europe.

They introduced the idea of removing toxins in the body through juice fasting, where a person only has to drink fruit and vegetable juice for three days.

In August 2010, they finally launched Juju Cleanse under Feelgood Inc. They christened their little business with a word that is associated with good juju, or vibes, and good fortune.

David reports that, on their very first day, they received zero orders. No one knew they existed. They understand that they are catering to a niche market and most consumers may find their product “weird.” 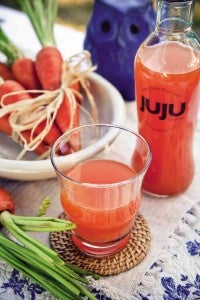 “We didn’t know [how] the market reception would be. It’s kind of a weird product because it’s asking people to fast and all that stuff. We didn’t know if people would be into that,” he explains.

Also, David points out that Juju Cleanse is a “fairly high-end product.”

So they started small, and made use of social media marketing to make people aware of Juju Cleanse. A kit is priced at P2,500 inclusive of a cooler and glass bottles containing the juice.

They also relied on word of mouth and eventually joined Mercato Centrale (weekend market at the Bonifacio Global Market) to showcase their product.

“During the first week [at Mercato Centrale], we had people coming in, and we didn’t know where they were coming from. That’s when we realized that what we have is not just a sideline thing,” David says.

In April 2011, sales started to kick in. David attributes the rise in sales to Easter time. According to him, the whole concept of fasting is more natural because of the Lenten season.

“And from there, it has grown organic … to the point where we can say that ‘yeah, this a business,’” he says.

Yet the couple would not let their guard down, aware that they might hit the plateau stage earlier than expected.

They admit that since they cater to a niche market, the product is limited. The product has to be served fresh and contains no preservatives. It is also unpasteurized. 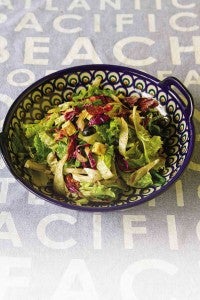 So the couple started looking at other business opportunities.

While he was in New York in 2011, David saw a salad bar and thought that it would be a perfect extension for Juju cleanse.

“It was still a health and wellness product, and [a salad bar] would be more accessible to people. It was a natural fit to what we were doing,” he says.

Meanwhile, Juju Cleanse became viral and, surprisingly, they were able to tap into the upper C bracket of the demographics. They learned that people were starting to save up for the juice kits.

“They are understanding how important health and wellness is. And it’s basically becoming an ‘aspirational’ thing,” he explains.

Juju Cleanse has no physical branch and all orders are made via text, e-mail or landline numbers. The juice kits are delivered at your doorstep through their logistics partner.

David explains that they want people who reside in the city to gain a convenient access to healthy food and drinks.

With this in mind, they’ve set up a free delivery zone in Metro Manila. The zone covers Quezon City, Pasig, New Manila, Taguig and Makati. The juice kits are also delivered in Davao, Tacloban, Iloilo and Cebu via airfreight.

As more Pinoys are gearing toward health and wellness, the Azanzas saw a gap in providing health-conscious people with a restaurant that is healthy and delicious yet inexpensive.

So Juju Eats was born. David admits that what they have is a test market, but he is glad that it has received a warm reception.

With P200,000 in capital, the couple decided to “leverage the customers we gained and the trust we’ve engendered … to launch Juju Eats,” David says.

Juju Eats has salad, pasta and soup in its lineup. Yet the Azanzas stress that they are not vegans, but sell mostly greens.

“We are not vegetarian. The menu has meat. We’re trying to appeal to a wider audience. We’re just a healthier alternative to traditional fastfood and vegan restaurants,” David explains.

Another concern is the price of the food they sell.

Juju Eats on Chino Roces Ave. Extension in Makati City is open from 10 a.m. to 7 p.m.

David says the site, though not the couple’s first choice, is strategically located in the middle of an office block. People would drop by, buy food and eat at the office.

For David, mistakes are inevitable in setting up a business. But being cautious in decision-making has helped them stay true to their course.

He also does not believe that health and wellness is a passing trend, which will eventually be forgotten or replaced by a new one.

“We encourage people to make their own juice at home … But the problem is, if you want to do cleansing, it will take 15 kilograms of fruits and vegetables,” he says.

Imagine buying 15 kilos of fruits and vegetable every day for three days. That’s a lot of things to buy, he adds.

Right now, they are looking at opening a second and third branch for Juju Eats while maintaining the online market for Juju Cleanse. The juice kits have also found a home in Juju Eats, together with other juices that go well with salads.

The couple also hopes to establish anchor branches within the year.

By setting up Juju Cleanse and Juju Eats, David and Katharina are raising people’s awareness toward their bodies, which they describe as “biological machines.”

“You don’t fill up your body with junk and then complain that it’s dirty. You have to take care of them. You have to exercise and eat right, detoxify once in a while. Look at the body like a car that needs to be tuned up from time to time,” David says.