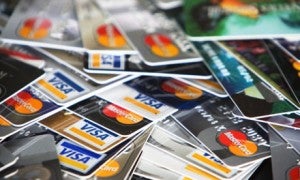 The increase in auto and credit card loans also led to a rise in the exposure of banks to bad debts as some borrowers could not promptly pay back what they owe.

But the rise in housing loans did not lead to an increase in defaults as homeowners were keen on keeping the property.

Data from the Bangko Sentral ng Pilipinas (BSP) showed that, at the end of 2012, outstanding housing loans granted by universal, commercial and thrift banks reached P264.53 billion. This represented a nearly 20-percent rise from the P220.84-billion recorded the previous year.

Also, 4.12 percent of the outstanding housing loans were considered nonperforming, compared with the 4.33 percent the year before.

“Based on many studies, people try to [settle] their residential loans,” said BSP Deputy Governor Nestor Espenilla Jr., explaining that most borrowers live on the mortgaged property.

In 2012, demand for automobiles was brisk, with outstanding loans amounting to P159.88 billion, rising year-on-year by about 15 percent from P139.15 billion.

Of the outstanding vehicle loans, 4.64 percent were considered to be bad debt because borrowers could not pay the amortization on time. The figure, which the BSP said was within comfortable limits, was slightly higher than the 4.3 percent registered in 2011.

The rise in auto loans, like that of housing loans, was attributed to the sustained flow of remittances from Filipinos abroad.

Together with the increase in the receivables came the rise in nonperforming credit card debt, which accounted for 11.13 percent of the total. This figure was higher than the 10.9 percent reported the previous year.

With the increase in nonperforming credit card loans, the BSP decided to tighten rules on transparency as far as credit card use is concerned. In particular, the regulator required banks to provide credit card users a schedule of interest rate, fees and charges. This schedule should come together with the monthly billing statements sent to bank customers.

In 2013, industry players expect all types of consumer loans to rise further as the projected rise in income will fuel most people’s appetite for big-ticket, as well as credit card, purchases.