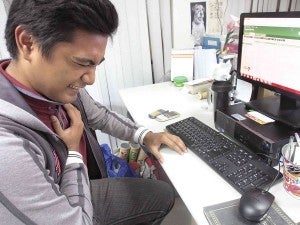 HEART disease can occur even at an early age. A meat-based diet (beef, pork, chicken, egg, dairy), smoking and a sedentary lifestyle can hasten the process.

Call it the revenge of the slaughtered. A new study published in the New England Journal of Medicine showed that a byproduct of dietary choline, a component abundantly present in animal products, can lead to greater risk of heart attack, stroke and death in humans.

For the study, researchers followed 4,007 participants and found that those who had the highest levels of these byproducts were 2.5 times more likely to suffer from an adverse cardiovascular event, compared with those who had the lowest levels.

The authors pointed out that a vegetarian or high-fiber diet can reduce choline intake and modulate the risk for heart disease. Another recent study showed a similar mechanism for carnitine-rich meat products and heart disease.

Heart disease can occur even at an early age. A meat-based diet (beef, pork, chicken, egg and dairy), smoking and a sedentary lifestyle can hasten the process.

PCRM pointed out that since our bodies produce cholesterol for our needs, we do not need external sources.

The committee revealed that cholesterol is found in all foods that come from animals: red meat, poultry, fish, eggs, milk, cheese, yogurt and every other meat and dairy product.

After an average 16-year follow up, people who consumed a “Western-type” diet, which consists of high intakes of red and processed meats, whole dairy products, and fried foods, were more likely to die prematurely and to suffer from various chronic diseases including heart disease, stroke, cancer, and mental health disorders, compared with people who avoided such dietary patterns.