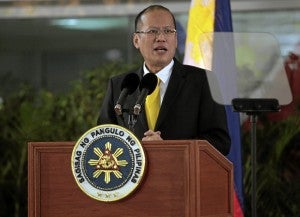 “Tuwid na daan is truly the path to progress and tangible improvements in our economic life,” said presidential spokesperson Edwin Lacierda, after S&P upgraded the Philippines from BB+ to an investment grade rating of BBB-.

“This comes on the heels of the earlier pronouncement of Fitch Ratings that already upgraded the Philippines to investment grade,” said Lacierda.

He noted that “the news spread quickly among ordinary people who took ownership of the good news, which is a sign of how good news and optimism are truly contagious, contributing to positive national mood and the can-do, increasingly empowered attitude of the nation.”

He said the upgrade would also help enable lower costs for borrowing, translating into lower costs for hospitals, schools and other vital structural improvements for the benefit of the people.

In a statement, Budget Secretary Florencio Abad said the “upgrade affirms the global market’s renewed and heightened confidence in our country as a viable investment center in Asia.

“Still, we cannot afford to be complacent: We must work harder to translate these reforms into direct, immediate and substantial dividends for our people, especially the poor,” he said.