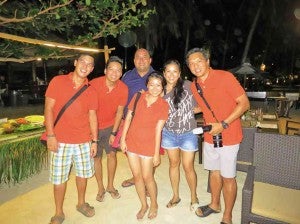 There are only a few events that the media guys look forward to with the enthusiasm of college kids with raging hormones on a spring break.  One of them is the annual Toyota Road Trek, which is so famous that several motoring media urban legends have sprung out of it. According to Toyota vice president Jing Atienza, the Toyota Road Trek, which started in 2005, is a showcase of Toyota product lines plus a chance to connect and bond with the media guys.

Connect and bond in style it was.

Road Trek has brought the media to El Nido, Cebu, Bohol, Boracay and other breathtaking places in the country to experience epic adventures.

Early April, my editor asked if I could be part of the ninth installment. After checking my schedule and getting a 4-day pass from the kids and hubby, I was on my way to see firsthand what was all the fuss with this gathering.  I learned that we would be going to Clark and Palawan and I would be with Vernon Sarne  (editor-in-chief of Topgear), Brian Afuang (motoring 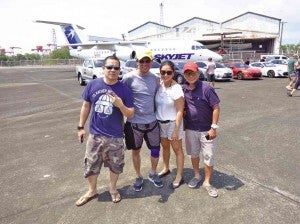 READY to board the chartered Skyjet plane with my teammates.

From the Fort, we traveled to Clark Speedway on board a very spacious and comfortable Toyota Previa.  None other than Toyota Philippines president Mitch Sugata, along with fleet of Toyota vehicles, welcomed us.  They have prepared a battery of tests highlighting the different strengths of each variant.

Up first was the Innova challenge, which was similar to Chicdriven Storage test: In one minute, we had to try to fit (or shove) as many items in the back of the Innova from bean bags, storage boxes, drums, planters, shoe rack. I have applied my talent of being a “mother packer,” honed in numerous occasions of packing balikbayan boxes.  Although our score was not revealed, my teammates were confident that we topped that game. 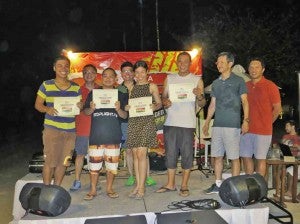 The Toyota Hilux was put on a 4X4-handling test: We drove on an offroad track with water filled inflatable pool on the truck’s bed. Afuang took the wheel while we cheered him on.  Although some of the elevation changes were quite abrupt, we were able to keep both the water and our lunch in, due to the Hilux’s surprisingly stable ride and spaciousness.  Without even knowing our time, me and  my team confidently believed we aced that challenge along with the game-changing Toyota 86 autocross challenge.

The Rav 4 and Fortuner were given a tarmac to dirt exercise with an added twist of a musical performance; we gamely sang the Swedish House Mafia version of Bahay Kubo while our teammate Jeff was on the wheel.  The Altis Challenge followed this where we tested the maneuverability of the vehicle with a series of tight corners and slalom stretch.

I took the Prius challenge, where I had to drive in my best eco-friendly manner: I maintained my rpm and maximized the momentum while taking the racing line with teammates barking 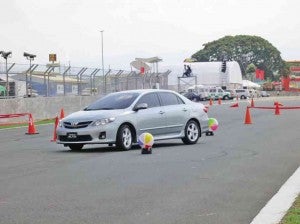 THE SLALOM challenge with the Altis at the Clark Speedway

orders. I almost thought it was a backseat driving challenge.

A bonus challenge was given, where the heart rate of the participant on board a drifting Toyota 86 was taken.  The healthiest in our group, avid biker Brian, represented us and scored an amazing 89 bpm which is normally an average resting heart rate; either Brian is a walking corpse or naturally devoid of reactions, we didn’t care as long as we topped this round making our campaign one for the books.

After a full day of challenges in Clark and a restive sleep, we were asked to drive to Subic Bay the next day.  After a simple Italian meal, we headed to the airport for the flight to Coron, Palawan on a chartered jet.  After a few photo-ops, we flew to Palawan for a Macallan infused R&R.

After a 45-minute flight to Busuanga, a 40-minute coaster ride to Coron Proper and a 45-minute speedboat ride, we arrived in the newly-opened Two Seasons Resort. 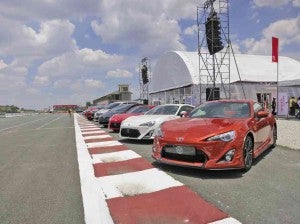 YOUR choice of color and engine. Call it the Toyota smorgasbord of driving pleasure.

Coron is the third largest of the Calamian group of islands in the northern part of Palawan. It is a haven for shipwreck diving and numerous snorkeling opportunities plus boasts its pristine waters and special lagoons.  The Kayangan lake—requiring about 150 steps up and another 150 steps down—boasts of more than 10 meters visibility and biological diversity due to the fact that the lake is an Estuary, or a body of water where salt and fresh water meet.

Two Seasons Coron is another addition to the growing list of luxury-boutique hotel destinations in the country. It is the pioneer in luxe accommodations in the growing tourism industry of Coron: it’s upscale facilities include private jacuzzis (in special rooms), a pool and powdery off-white beaches and a sand bar that connects the main island to two smaller ones.  The car giant spared no expense in showing their guests the Toyota way.  We were each treated to a spa service and a choice of activities, which included lake tours, hydro bobs (underwater motorcycle) diving, etc.  While some opted for these exciting activities, some just decided to lay in the sun and get a head start in partying.

Call me next year?

Using this as backdrop, Toyota Road Trek 9 concluded the adventure with a beachside barbecue awards night, good music and an overnight karaoke fest that scared the entire marine life 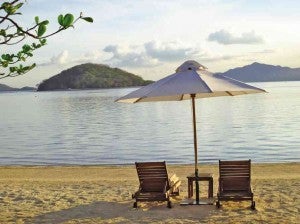 CORON was simply stunning in any part of the day, from sunrise to sunset.

within a 10-meter radius.  The winners were announced and came home a few thousand pesos richer. Unfortunately, we were not included so we just settled in hijacking all TV interviews to give out our prepared victory speeches nevertheless.

The experience of the Toyota Road Trek, complete with great cars, the fantastic landscapes and most important, gracious hosts that kept the almost 40 hard-to- please, (Afuang, that’s you), very boisterous (Panganiban, that’s you) and alcoholic bunch of media guys (that’s the rest of us) happy and in awe that even singing “My Way” did not result in any injuries.  It was clear that the winner in this challenge was Toyota for making the Road Trek definitely not a one-night stand.

For comments and suggestions, please email me at [email protected]; like us on Facebook/chicdriven or follow us at twitter @chicdriven. Check out our blog www.chicdriven.com/wordpress for behind the scenes and other topics.