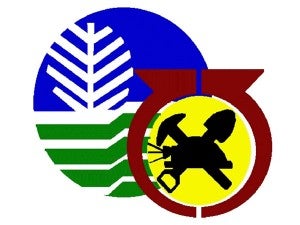 MANILA, Philippines—The Philippines will try to revive next month preparations with China for the joint development of rare earth elements (REEs) in the Philippines, according to the Mines and Geosciences Bureau (MGB).

MGB Director Leo Jasareno told reporters that Philippine representatives would fly to Naning, China, on May 8 to discuss Manila’s intention to push through with the joint development plan.

Analysts call REEs “strategic minerals” because of they can be used in the development of weapons guidance systems and other space-age technologies.

REEs are abundant in the earth’s crust but are called “rare” because they are usually concentrated in quantities too small for commercial mining—something which the Philippines hopes will not be the case here.

The Philippine and Chinese governments are scheduled to discuss and prepare the terms of reference for the REE explorations work, as well as finalize a memorandum of agreement that would provide how, when and where exploration work will be conducted.

The agreement will likewise provide the cost of the exploration work.

Last year, the Philippines’ plan to produce REEs was stalled after experts from the China Geological Survey (CGS), a Chinese government-owned entity, did not arrive in the country for the joint exploration program. This, despite several “reminders” by the MGB.

Jasareno said MGB had regularly reminded Beijing about the program, but had yet to receive official reply from its Chinese counterpart.

“We want to open up the topic with CGS. That’s why we’re going to send representatives,” Jasareno said.

In the first quarter of 2013, the MGB started the identification of mining tenements that could be developed into REE exploration sites, notably those close to copper-gold mines.

Palawan and Nueva Vizcaya are among the areas identified as potential sources of REEs.

The MGB earlier said it would spend some P20 million for the program.

Earlier reports indicated that the joint Philippine-China exploration for rare earth elements in the country might not push through this year as tensions between the two countries over the Panatag (Scarborough) Shoal continued.

China, which controls about 97 percent of global rare-earth supply, has been reducing its export quotas to secure greater control over prices.

The Asian economic powerhouse also said it would further tighten its control over REE production by expanding its export-quota system and imposing higher taxes. Chinese firms found violating export quotas would be sanctioned and slapped with high penalty.