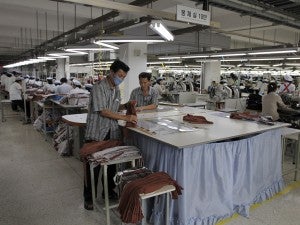 MANILA, Philippines—South Korean businessmen are keen to invest more in the Philippines in light of the strong economy, the Aquino administration’s anti-corruption campaign and its public-private sector partnership (PPP) program, a South Korean diplomat in Manila said recently.

Min Kyong-ho, minister and consul general of the South Korean Embassy in Manila, said in a recent interview that more Korean investors were taking an interest in the Philippines in light of the country’s improving economy, most recently rated to be of investment grade by international debt watcher Fitch for the first time.

“We think that recently, the leadership has been very successful in building the economy, especially through PPP and infrastructure. Also, the fight against corruption is very effective,” Min told the Philippine Daily Inquirer.

“I think it has opened for great potential for closer and deeper cooperation, especially in the economic field, because Korean companies are very much interested in investing in the Philippines, because there are many good elements, favorable elements for investing,” said Min.

“The human resources are fantastic. I think also there are many projects that can be done here, especially in infrastructure. There is still a need to build many bridges, roads, railroads, the telecommunications systems,” Min added.

There remain concerns, however, including high electricity costs and limits to foreign ownership of businesses here.

“Still, we have some expectations especially about the investment climate and the legal environment. If you have a better environment, then it will really stimulate foreign investment,” said Min.

There are some 1,000 Korean firms in the Philippines, said Min, the biggest being Hanjin Shipping with a $2 billion investment in the country.

Total trade between South Korea and the Philippines was estimated at $11.5 billion in 2012, an increase from the 2011 total of $10 billion.

The Philippines posted an economic growth of 6.6. percent in 2012, among strongest performing in Asia.