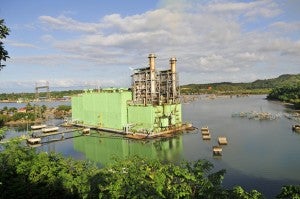 This amount represented the difference between the final and provisional rates approved by the ERC covering the period from April 2012 to December 2012, according to Therma Marine.

In a statement, the Aboitiz subsidiary said the company and the Zamboanga Electric Cooperative (Zamcelco) have already filed a joint manifestation before the ERC to effect the refund. In the manifestation, Therma Marine may apply the refund to the outstanding obligations of Zamcelco, whose monthly obligations stood at more than P50 million.

According to Therma Marine, the proposed scheme is now under ERC’s review. Once approved, the company plans to fully comply with the ERC-approved timetable.

Since January 2013, Therma Marine has already been billing its customers using the final rates approved by ERC. The company claimed to have the cheapest oil-fired power plant available in Mindanao.

According to the Aboitiz subsidiary, demand for power has outstripped supply due to the the growing population and economy of Mindanao. The summer months have been posing challenges to the hydroelectric power plants around Lake Lanao, which supply more than half of the power needs of the island, the company added.