Thailand’s ‘Kitchen of the World’ puts P7 billion in PH 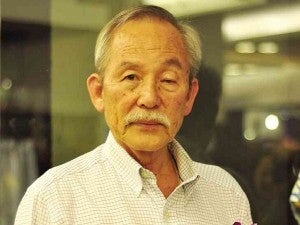 BANGKOK—For the Philippine unit of Charoen Pokphand Group, a Thai multinational conglomerate which has been present in at least 15 countries in the last eight decades, the Philippines is an eye candy for the group’s expansion.

Top executives of the Charoen Pokphand Foods Philippines Corp. were riding on high hopes that their current livestock and feed production in the country would sail smoothly despite protests from local industry players and calls for the Philippine government to withdraw the tax incentives earlier granted to the company.

“We have been interested in the Philippines for quite sometime. Yes, it took us several years to finally invest because we want to do everything slowly but surely,” Pinij Kungvankij, vice chair of Charoen Pokphand Foods (CPF) Philippines Corp., tells reporters here.

In fact, for CPF Philippines, the timing was just right. “We will be ahead when others decide to come to the Philippines,” Kungvankij says referring to the inevitable economic integration of the Association of Southeast Asian Nations (Asean) beginning 2015.

He tells reporters that the Asean integration was a major consideration when the company decided to start infusing investments into the Philippines last year.

The parent company of CPF, CP Group is one of the first Asian multinational companies with revenue reaching $33 billion yearly. It has subsidiaries in 15 countries in the world engaged in several businesses, including agribusiness, food processing, retail, telecommunications and property development.

Claiming to be “Kitchen of the World,” CPF, a publicly listed company in Thailand, aims to bring to the Philippines its integrated agro-industrial technology through an initial investment of P7 billion.

According to CPF Philippines, it has yet to avail itself of the tax incentives since both projects have just started commercial production early this year. 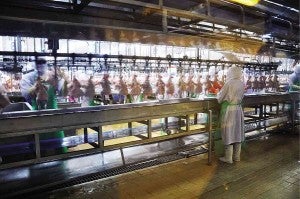 Its aqua feed mill in Samal, Bataan, which will produce fish and shrimp feeds for local fishpond operators and owners, is scheduled to open this month.

Arnnop Jeanprasert, senior vice president for livestock feed business of CPF Philippines says, however, that their production, even if it would meet its target of accounting for 5 percent of the market in five years, would not kill local livestock raisers.  “There is still enough space for local producers,” he says.

Its cutting edge technology—the tunneled ventilated broiler and swine house and automated machines, among others—intends to increase production efficiency by 25 percent and reduce the host country’s importation of meat products, according to company officials.

“As a result, food prices will be stable and people can access more meat products at a reasonable price,” Adirek Sripratak, president and chief executive officer of CPF, says in a statement.

Since 2005, CPF Thailand has been supplying 2,000 metric tons of aqua feeds to distributors in Cebu.

He says the company saw potential in the Philippine market given its growing domestic consumption of meat on the back of a rising population.

At present, to meet domestic demands, the country breeds 1.5 million of hogs and 13.7 million day-old chicks. About 670 million broiler chicken can be produced in one year.

Thus, the country needs to import 90 million broiler chickens per year to fill the supply gap.

“We were asked to start a business in the Philippines so imports will be reduced. We will get raw materials (from the Philippines) and directly hire people there,” Kungvankij says.

“We agreed to invest in the Philippines because we knew that your country and people and our company would benefit from this,” he adds.

CPF has drawn up a five-year plan, targeting to hire some 660 contract growers for the broiler project to produce 33,000 day-old-chicks by 2017.

When asked about their long-term plans, however, Kungvankij couldn’t provide a complete picture. “It’s really hard to say now. It depends on how our production will go,” he says.