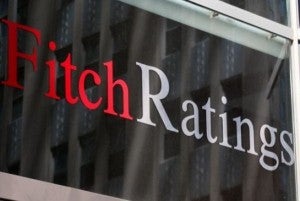 Fitch Ratings — the first of the three major international debt watchers to upgrade the Philippines — also assigned a stable outlook for the country’s credit rating.

Fitch cited the country’s sovereign balance sheet as being comparable to those of ‘A’-rated nations, while a “persistend current account surplus, underpinned by remittance inflows” has made the country a “net creditor” from its previous deficit position.

FItch also noted the economy’s 6.6-percent economic growth for 2012 and the expected 5.5 percent growth for this year, both of which are “stronger and less volatile” that BBB-rated peers over the last five years.