PH economy good but could be better, says Japan official 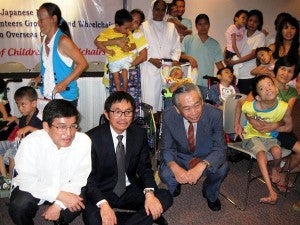 DAVAO CITY—Despite the glowing economic numbers, the Philippines should push harder to improve its investment climate as it continues to lag behind neighboring Asian countries, a Japanese minister said here on Thursday.

In his assessment of the country’s economic standing in the region, Minister Akio Isomata of the Japanese Embassy in Manila’s economic section said the Philippines “cannot afford to be complacent” amid the outpouring of optimism over its standout growth rate of 6.6 percent in 2012.

“Yes, it’s lagging behind. You cannot afford to be complacent in your current place. Of course, the economy is very strong now. The achievement, performance is admirable in the last two years I think. No doubt about that,” Isomata told reporters.

He cited a congested logistics infrastructure, including roads and ports, expensive and unstable power supply, and the delayed release of tax refunds as major concerns of Japanese investors.

Japan has been a leading economic and development partner of the Philippines, with a number of Japanese locators operating around the country, and the largest source of official development assistance (ODA) with $593.3 million or P24 billion in aid disbursements (both loans and grants) in 2011, according to the Organization for Economic Cooperation and Development.

This accounts for 40 percent of total ODA disbursements that year, the largest assistance ahead of the United States’ $541.3 million or P22 billion.

Japan is the Philippine’s top export market and leading trading partner, with around $13 billion or P528 billion in total bilateral trade last year and with around P22.35 billion in investments in the first half of 2012, according to figures of the Department of Foreign Affairs.

Outlining these current hurdles, Isomata said the implementation of ODA projects remained slow while the utilization and maintenance of aid-supported projects like major roads and ports remained low.

One example is the “underutilization” of the Subic-Clark-Tarlac Expressway and the Batangas and Subic Bay ports, projects that were supported by Japanese ODA.

He also cited the poor maintenance of ODA-funded projects, which Japan is aiming to help address through technical cooperation.

Japanese Ambassador to the Philippine Toshinao Urabe said in an interview on Wednesday that once infrastructure had been completed, “people just try to run it down.”

Urabe said his government had offered to help the Philippines in planned repairs of Edsa by proposing the use of a roadwork method that causes minimal traffic disruption.

Japan also called the Philippine government’s attention to the issue of congestion and other concerns through the JPEPA subcommittee on the improvement of the country’s business environment, which gathered officials from both sides in March and September last year.

The Japanese side is hoping for the timely release of value-added tax refunds to Japanese locators in economic zones and a stable and affordable power supply, with current rates known to be the most expensive in Southeast Asia.