PH seen to stand out in Asia 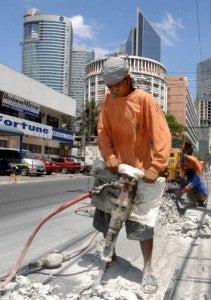 British bank Standard Chartered expects the Philippines to outperform most other nations in Asia and enjoy another year of strong economic growth.

British bank Standard Chartered expects the Philippines to outperform most other nations in Asia and enjoy another year of strong economic growth.

In a macroeconomic report released on Wednesday, Standard Chartered said that the country’s gross domestic product could grow by 5.8 percent this year, and 6.1 percent the next. The bank noted that the Philippines’ economic growth in the coming years would exceed the country’s 10-year average performance of 5.2 percent posted from 2003 to 2012.

“The Philippines stands out within the region for its bullish on-the-ground sentiment, whereas we are cautious on momentum in Thailand as the post-flood stimulus wears off. In Korea, we expect a large supplementary budget to stimulate growth as the housing market continues to weaken,” the report said.

On monetary policy, the bank believes that inflation risks will remain moderate, while the Bangko Sentral ng Pilipinas may hike key rates only in the fourth quarter as the rate of rise in prices picks up.

Standard Chartered said inflation in the Philippines could average at 3.6 percent this year—lower than its previous forecast of 3.9 percent.

“Inflation may accelerate, particularly in fourth quarter, due to higher food and energy inflation, consumer spending, and base effects. Even so, it should remain manageable and is unlikely to breach the inflation target,” the report said.

The key upside risk to the bank’s forecast is a sudden shock in energy and food prices, which is not the bank’s core scenario, according to the report.

While domestic consumption is likely to remain the biggest growth driver, Standard Chartered expects investment growth to pick up this year. But the bank said exports could slow down growth this year.

But while the goods trade deficit is likely to widen this year due to growth in imports, the impact on the current account will be limited, the bank said.

“The growth outlook for exports of goods and services is favorable, as remittances remain the most significant contributor to the current account surplus,” it added.

Given the government’s fiscal progress, the bank expects at least two of the three major credit rating agencies to raise the Philippine sovereign to investment grade by end-2014. But the bank found it difficult to predict specific timing.

“The case for investment grade is supported by a number of factors, including a resilient economy, a current account surplus, stable fiscal policy, and the narrowing of the budget deficit. More investment is needed, however,” it explained.

The report said fiscal consolidation would continue, especially with the implementation of the “sin tax” in January. The bank expects the fiscal deficit to narrow gradually over the next few years.

The British bank pointed out that local businesses and investors are very optimistic about 2013 and beyond. There is little concern that the economic growth momentum of last year will slow down in 2013, the report said.

“Concerns are focused on infrastructure development and investment growth, though many believe that progress has been made,” it said.

Based on the bank’s survey, 77 percent of corporate respondents in the Philippines expect their businesses to do better this year than in 2012.