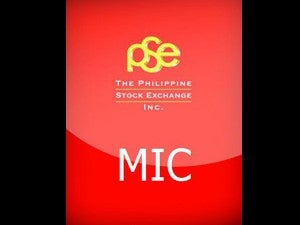 MANILA, Philippines—A waste management firm has completed the purchase of P500 million worth of shares of Minerales Industrias Corp. (MIC), giving the listed firm fresh funds to pursue its conversion into a holding company that will process solid wastes to produce alternative fuel for manufacturing firms and waste-to-energy projects.

The IPM Group of Companies—which owns and operates the Quezon City Engineered Sanitary Landfill—subscribed to P500 million worth of shares of MIC, taken out of the increase in its capital stock.

The new management of MIC, headed by businesswoman Isabelita Paredes Mercado, is using P450 million of the new capital to acquire 75 percent of Basic Environmental Systems and Technologies (BEST), a unit of IPM.

In a statement, MIC said the acquisition of BEST would allow it to convert its primary business from mining metals to municipal solid waste management, in which trash would be recycled into renewable sources of energy such as “refuse derived fuel.”

In the next few years, MIC intends to focus on growing BEST through the expansion of its municipal solid waste contracting business and establishment of additional facilities to process solid waste into alternative fuel for the cement and power generation industries.

According to the new management, MIC’s investment in BEST is expected to improve shareholder value as the company is a major player in the waste management industry.

The IPM Group began in the early 1980s initially as a construction firm and has since expanded into waste management, real estate development and information technology.

It also owns an engineered sanitary landfill facility in Morong, Rizal, which serves the waste disposal requirements of the province and select private corporations. The Morong facility has since expanded to include a materials recovery and composting facility, which pushed BEST closer to its goal of becoming an integrated waste management solution provider.

More details on the QC ostrich that died of ‘stress’