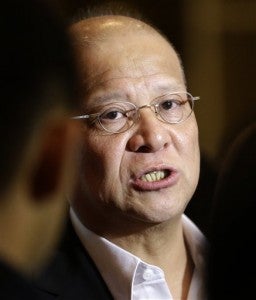 Diversifying conglomerate San Miguel Corp. is looking for a major oil or natural gas field overseas as its next major venture.

In doing so, the firm’s top executive said the group might need to completely divest of its core businesses—both old and new.

SMC president Ramon S. Ang on Wednesday disclosed that the company’s next target would be a big oil or natural gas field abroad that has been proven.

“If we are able to buy one of those, it would be like printing money forever,” Ang told reporters Wednesday. “If we had that kind of money right now, we would buy an oil or gas field. Nothing less than that,” he said.

He said he estimated that the company would have to raise $25 billion if it wanted to buy a gas field. About $5 billion would be in the form of equity while the rest would be debt.

He dismissed suggestions that the company look into gas fields in waters near the Philippines. “Those are toys,” Ang said, indicating that the projects in the country would be too small.

“If we buy anything, it has to be a proven gas field,” he said.

“We have a full force of people pursuing these deals. They are doing that every day with foreign consultants. We are looking day and night,” he added.

“If we are able to invest in an oil field, the growth of this company would be unimaginable,” Ang said.

Ang added that the company could fund the acquisition of an oil or gas field on its own using internal funds, but the sale of key assets would also be considered. The firm could let go of its power generation and even brewery businesses to raise funds.

He said the company would be willing to let go of San Miguel Brewery Inc., selling its 51-percent stake to partner, Japan’s Kirin, to raise funds for the oil or gas field acquisition. He declined to give estimates on how much the shares would be worth, but cited the example of Singapore’ Fraser & Neave, which was recently valued at $11 billion.

“Our beer business is much bigger than that and San Miguel is better known,” Ang said.

Ang said the company would also be willing to let go, if needed, of its power generation assets under SMC Global Power Holdings, which has about 7,000 megawatts of capacity in existing power plants and those under construction.

“In business, there’s no such thing as sentimental value,” Ang said.

Filipinos in Israel, Gaza in ‘trauma’ as PH labor authorities gear up for rescue

Roque may speak on int’l law, but Locsin says it isn’t foreign policy