Wanted: a real car for women

Although there have been lots of advances in terms of women’s causes (equality, voting rights, etc.) there are still some worlds we need to conquer, and one of them is motoring. According to Forbes.com, in the United States alone women buy 52 percent of all the new cars and influence about 85 percent of the sales.

In our country, we sometimes think that our influence is limited to the choice of color and men decide on what particular brand to buy, but one should not underestimate the power of pillow talk. Women can easily find an argument to either fight or go against your brand.

With this said, it’s a little frustrating that there are only a handful of cars made for women. Honda Japan recently launched the Fit She and marketed it as the only car made for women. CNN reported that the Honda’s Fit She is equipped with “plasma cluster” airconditioning and a UV blocking tint to prevent sun damage. In the 1950s Chrysler Dodge came out with a white and pink La Femme whose pink rosebuds on silver interior came with a matching purse, raincoat and umbrella.

Ford and Volvo came out with their own concept cars, Ford came out with a Windstar minivan which included a washer and dryer, vacuum and microwave; (I wonder how the washer/dryer affects the ride of the car). Volvo, on the other hand, had a concept car that was designed by an all women team and was named YCC, which featured remote controlled gull wing doors (for ease of loading kids and shopping bags) and space on the headrest for you ponytail. Both however never got passed the concept stage.

So what should a Chic Car really look like?

I asked some of my friends and posted this question on both my personal and chicdriven page. Some suggestions would really be cool if they bear fruition while some are just really out of this world. It’s funny how I got more suggestions from men on what should be inside a female car, they suggested a garbage bin that will automatically collect debris, inflatable man passengers, auto eject button for backseat drivers…well you get the picture.

So what do women really wish for in a car? Here are some very interesting wish lists: 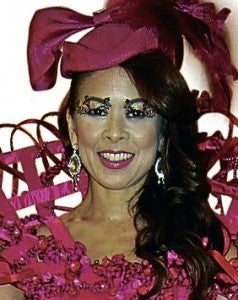 • A dispenser for hand sanitizer, lotion and cologne

• Extra headroom for her hats 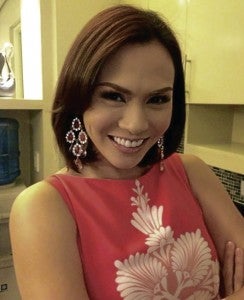 Dr. Aivee Aguilar-Teo, popular dermatologist to the actors and actress/mother of three 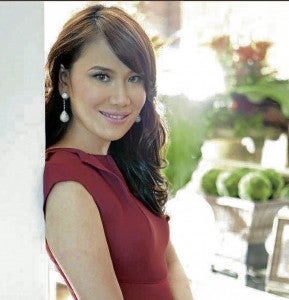 • A built-in curler and hair iron in the back seat 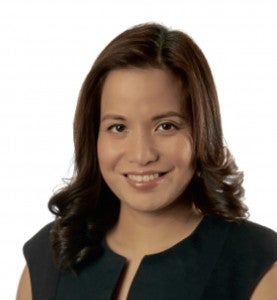 • Flat bed for a really comfortable power nap during traffic

For me, these are the items I think should be in a Chic Car: Its exterior should take design cues from Porsche Carrera S and a Ferrari California, should have the size of a compact to mid-size sedan but should look cute enough for a girl to drive. It should have the boot space of an SUV and a ride of a BMW 5 Series or Mercedes S class. It should have run flat tires (already available), dirt repellant paint, SPF 100 and above tint (Vkool) and maybe a status bar on the back windshield saying if I’m happy or on PMS mode for people to get out of my way.

For the inside, a shoe compartment under the seat, so that it is easy to change driving shoes to your stilettos, a center console big enough to put your purse. I can either have my makeup kit on the glove compartment or center console with at least a 7-inch mirror with a warm white surround light. I also like the feature that the Peugeot 3008 has, a built in cooler; this will afford me not to carry around my makeup kit without having to worry that it’s melting inside the car. Window tint with shade control is a plus to hide your “I just got out of bed look” when the driver doesn’t go to work on school days.

Must-haves are parking assist and surround-view cameras, a heads-up display that shows the kids in the back seat; a more developed voice command option which allows you not only call, find music and access the GPS but also to control the TV/tablets that your kids are using just in case they are accessing an R rated website. A self-cleaning anti-bacterial steering wheel cover, just in case you’re not the only one driving your car (you don’t know where those hands and fingers have been when they are seating idle during traffic).  A built-in aromatherapy and air cleaner or a sleeping gas dispenser to knock your kids and husband off when you want some peace and quiet.

For comments and suggestions, please email me at [email protected]; like us on Facebook/chicdriven or follow us at twitter @chicdriven. Check out our blog www.chicdriven.com/wordpress for behind the scenes and other topics.