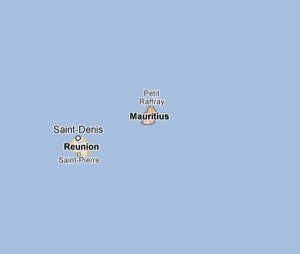 PARIS—Scientists said Sunday they had found traces of a micro-continent hidden underneath the Indian Ocean island of Mauritius.

The slab, dubbed Mauritia, was probably formed around 61-83 million years ago after Madagascar split from India, but eventually broke up and became smothered by thick lava deposits, they said.

In a study published in the journal Nature Geoscience, scientists analyzed beach sand on Mauritius that contained ancient zircons between 660 million and about two billion years old.

The minute chips of mineral were a remarkable find, as they were buried in sand formed only recently in geological terms—from nine-million-year-old volcanic rock.

“The zircon points to the existence of fragments of an ancient micro-continent beneath the island (Mauritius), pieces of which were brought to the surface by recent volcanic activity,” said a Nature statement.

The Indian Ocean floor may be littered with hidden land fragments that broke off as the once super-continent Pangea split up and formed the continents we know today, the paper suggests.

Pangea began to rift about 200 million years ago, yielding Gondwana in the south and Laurasia in the north.

Gondwana in turn split into Madagascar, Australia, Antarctica and India between 80 and 130 million years ago.

The new study suggests that Mauritia became detached when Madagascar and India split up.

The Seychelles, it adds, could be like Mauritia—another continental fragment that, however, is visible.