(fourth in a series) 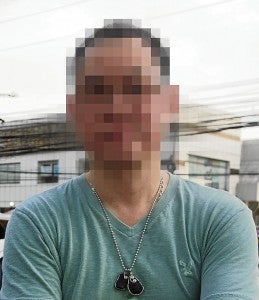 After three weeks of airing the grievances of car owners, more complainants are surfacing, with some even seeking a meeting with this author.

Car owners have always maintained guarded, uneasy relationships with their dealerships, the general perception being that consumer, and even dealer, protection agencies in this country are all bark but no bite. Consumers—in this case the car owners—end up ranting about lousy service, botched repairs and procedures on their cars in online forums. Netizens share such horror stories, and whether these are true or not, they deserve serious thought and further investigation.

With that in mind, consider the next two car owners’ cases:

Wilson Ong is a sales manager of a company distributing a popular lighting brand. He sheds light on four unfortunate experiences with all four dealerships of his four cars.

A few years back, the idling of his old sedan (a European brand) felt rough, so he brought it to a casa along Edsa. The diagnosis was that the engine needed a top overhaul, and that would cost around P45,000 to P50,000.

Bothered by the asking price of the overhaul, Wilson went to an auto service center along South Superhighway in Makati for a second opinion. The service center found the problem to be merely a loose vacuum hose, which the auto shop reconnected at no cost. He was able to use this sedan for many years after his visit to this auto shop.

Sometime in 2002, Wilson’s Japanese SUV swayed whenever he stepped on the brakes. He brought it to a service center in San Juan, which recommended a replacement of the front suspension that would cost him P40,000.

Wilson once more sought for a second opinion, going to Banawe in Quezon City, where he showed the problem to an underchassis expert. The diagnosis: warped brake discs. The expert recommended replacement parts instead of original ones. Wilson said he spent less than P10,000 to solve this problem. He never had a major problem with this SUV after the repair.

Wilson’s model 2006 pickup (Japan brand), which was less than a year old, was involved in an accident, damaging its front left suspension. He brought it to a casa along Shaw Boulevard for repairs. He was told that the delivery of the replacement parts would take more than a month. He then asked the service crew for the part number that was to be replaced. Wilson called up a friend in Thailand and relayed the part number.

“After two days, my friend sent the part through international courier service, and I got it after three days. I brought the part to the casa. They were dumbfounded.”

Recently, Wilson started hearing unusual noises from the engine of his model 2006 subcompact hatchback (Korean brand). He brought it to a casa in Paco, Manila. The casa recommended a computer diagnosis, which would cost P850.

“After attaching the engine to a computer they couldn’t find anything wrong. Then they asked me to change the air filter because the one I had was not original, and they thought it was the one causing all the noise.”

After following the casa’s advice, the noise remained. The technicians then replaced the alternator bearing. Still, the annoying sound persisted. He was then told to have his muffler fixed.

“So I went to a muffler repair shop along Araneta Avenue and had it checked. But there were no leaks nor holes. I was told the noise could be coming from an automatic transmission case. I went to a gasoline station along Ortigas Avenue and had the AT fluid replaced and the strainer cleaned. After that, the noise disappeared.”

Wilson insists, though, that the casa should be given the benefit of the doubt. “Maybe they didn’t plan to cheat. It’s just that they are plain incompetent.”

These experiences, Wilson says, “has made me avoid dealers, knowing that they will ask you to replace parts which are not necessary.” 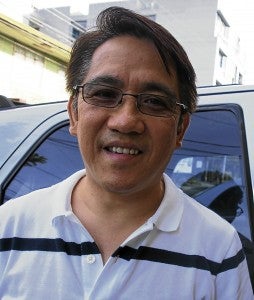 RODEL Colmenar discovered the power of the pen.

His first car, in 1992, was a Japanese hatchback. He said that he was first impressed with the service of the casa in

Quezon City. “The people were so professional.”

But on the fourth year, Colmenar said he noticed that the casa crew began changing their cost estimates several times during midservice.

Rodel sold the hatchback and got himself a new one, but still of the same brand. “After a few years, I again had that experience with the casa during the periodic checkup.” Rodel even started to suspect that the good parts of his car were being replaced with older ones.

Rodel decided to just have his car fixed by his trusted mechanics near his place of residence.

“Since then, I have never had problems with my car.”

Rodel agreed to the cost. “I waited for almost a month. I was told they were also waiting for the parts coming from the States. After the long wait, I test-drove the car and I noticed that there was significant loss of power. It felt like a totally different car. But I was just told to continue using it because it was in the process of adjustment.”

Rodel drove his car to Cavite to visit his mother. While driving along Roxas Boulevard, Manila, he said the car “crawled” to his residence in Quezon City.

“The next day, I asked a towing service to bring it to the casa in Manila. I was so angry with the service personnel and they told me to leave my car again. This was when I decided to write the president of that company and even consulted my lawyer-friend for my legal options.”

Rodel said he was glad, though, that the president of the company replied promptly and asked him to bring his car to what the company regarded as one of its best dealerships.

“The marketing supervisor told me that they would fix my car, good as new, at no cost, and they would charge it to the Manila branch. I was even given a loan car that I could use for the meantime. True enough, when I got my car back, it was in good condition. With that experience, I think what one should do, if you can afford it, is to change your car every time the warranty expires. Come to think of it, maybe that is the whole idea: so they could sell more cars.”

Share your own funny, frightening or enlightening experiences with your casa. E-mail the author at [email protected] Promise, we’ll keep your true identities under wraps, unless you ask us otherwise.