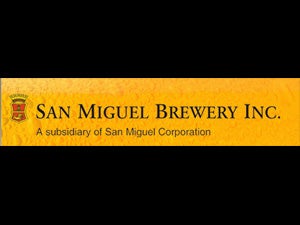 SMB is the largest company to delist from the PSE in recent years.  A partnership between San Miguel Corp. and Japanese beer giant Kirin, SMB has a market capitalization of P451.53 billion.

In a notice to stockholders published on Monday, SMB said its board had approved the voluntary delisting of the company from the stock exchange as well as a tender offer to buy back 94.24 million shares – representing the 0.61 percent public float.

The tender offering priced at P20 per share will start on March 4 and end on April 3 this year.

SMB was among the companies on which trading was suspended this year due to non-compliance with the 20-percent minimum public ownership required by the PSE for continuing listing.

The San Miguel group likewise earlier announced that it was taking its property unit San Miguel Properties Inc. (SMPI) back to private hands.

Ceasing to be a public company means that these San Miguel subsidiaries will have less stringent financial reporting and disclosure obligations compared to listed peers.

Also, because shares are under trading suspension, sale of shares may be effected only outside the trading system of the PSE or over the counter and these will be subject to a capital gain tax of between 5 and 10 percent. On the contrary, trades on shares of listed companies enjoy the preferential tax rate of ½ of 1 percent.

Apart from capital gain taxes on sale of shares – equivalent to 5 percent for transactions up to P100,000 and 10 percent for those in excess of P100,000 – trades on suspended companies will be slapped with a documentary stamp tax of P0.75 on each P200 of the par value of the stock.