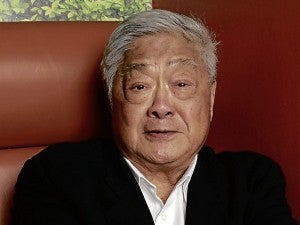 Gokongwei said on Thursday that the Gokongwei group would put up an ethanol plant at the Universal Robina Sugar Milling Corp. (Ursumco) compound in Manjuyod, Negros Oriental.

He said the ethanol plant would be operational by the end of the year.

The Ursumco ethanol plant will use molasses, a byproduct from the processing of sugar cane into sugar, to produce ethanol.

Meanwhile, other byproducts from the sugar mills would be used to fuel power plants.

One proposed power plant would be located at the Southern Negros Development Corp. (Sonedco) property in Kabankalan City in Negros Occidental, Gokongwei said.

The power plant will generate electricity using bagasse, a renewable biomass residue from the sugar mill, as feedstock, according to the investor presentation of United Robina Corp. (URC).

The power plant would supply Sonedco’s electricity requirement while the surplus power would be fed to the power grid in the area.

The URC company officials disclosed that the power plant would have a capacity of 40 megawatts and would cost around $60 million.

Gokongwei, chairman of JG Summit Holdings, was in Bacolod to receive a plaque declaring him an adopted son of Bacolod as well as a copy of an executive order that named him the honorary mayor.