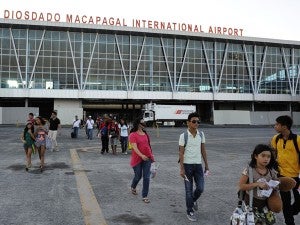 MANILA, Philippines–With the world’s economic center of gravity rapidly moving eastward, there is increasing urgency to develop Clark International Airport into an aviation hub, and this is the focus of a two-day conference to be held this month at the Clark Freeport Zone in Pampanga.

“The Case for Asia’s Next Aerotropolis” is the theme of the Clark Aviation Conference 2013, a trade gathering that will examine Clark’s compelling case as an aerotropolis, an idea in community planning where airports serve as the center for new cities growing around them.

“More importantly, the conference is a call for the full development of Clark International Airport as an aviation nerve center in the light of the economic growth in Asia.”

The convention targets international investors, logistics and supply chain executives, tourism stakeholders, airline officials, import and export managers, and members of the academe. They are expected to gain insights into Clark’s potentials as an aviation and investment destination in Asia and understand better its increasing role in national and regional development.