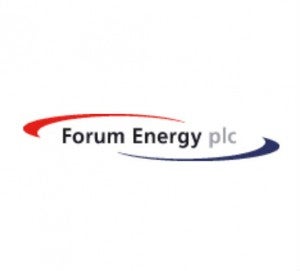 Forum Energy Plc, which is exploring for oil and gas within the highly contested Recto Bank off the West Philippine Sea, has secured a two-year extension for its work program under Service Contract 72.

Philex Petrolem Corp., a major shareholder in Forum Energy, reported to the Philippine Stock Exchange on Monday that the Department of Energy granted the extension for the drilling of appraisal wells.

“The deadline for completion of the second sub-phase, comprising the drilling of two appraisal wells, has now been extended by two years to Aug. 14, 2015,” the disclosure read.

The two-year extension was needed as the consortium that operates SC 72 has been facing delays due to sovereign claims issues.

Philex Petroleum chairman Manuel V. Pangilinan earlier said that it would already be difficult for the group to complete its planned $75-million exploration well drilling by August this year as it has yet to secure the permits it needed.

Forum Energy, which owns 70 percent of the SC 72 license, and Monte Oro Resources Energy, which holds the remaining 30 percent, were supposed to start drilling the first of the two appraisal wells within the highly prospective Sampaguita prospect by March this year.

The group, however, has yet to secure approval to proceed with the geotechnical survey needed prior to drilling. The SC 72 consortium has sought for the permits from the Department of Energy in July 2011.

“I would say it’s unlikely [that we complete the drillings] given that the weather window is March to April and it takes a while to mobilize. In our work program, we need a survey first on site to determine the sea basin for stability for an oil rig, on a certain size and weight, plus to determine the baseline on where we will drill—that’s the requirement of the government,” Pangilinan explained.

The DOE earlier announced that that it has deferred to the Department of Foreign Affairs the decision to grant permits concerning the exploration and drilling activities at the highly contested Recto Bank because the area was part of the disputed waters being claimed by China.