Hip and happening destination in Mactan 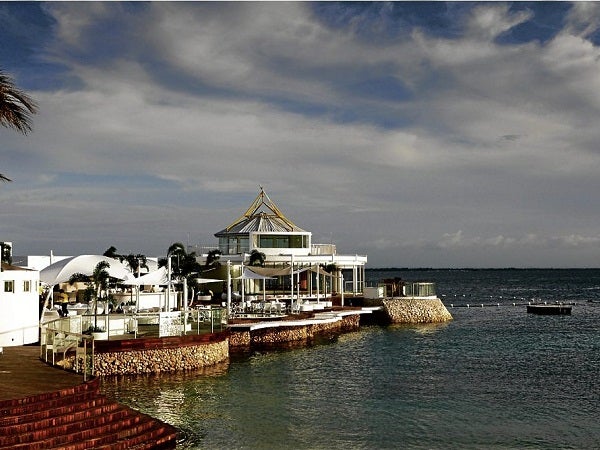 Now that it’s more fun in the Philippines, more hotels are being filled with local and foreign tourists. Hotel properties are appreciating, especially in Cebu. The transformation and reemergence of Mövenpick Hotel Mactan Island Cebu is a beautiful case in point.

Mövenpick has created a hip and happening destination in Mactan. Located at the lush and tropical side of Mactan, the hotel has just opened its lifestyle doors after an impressive P500 million, five-month-long renovation.

Everything has been redone. There are brand-new rooms, out-of-the-box dining concepts and, best of all, a chic Ibiza Beach Club by the beach. The soft launch was in December and the theme of the party was “barefoot elegance,” complete with a white beachfront, chill-out setting. 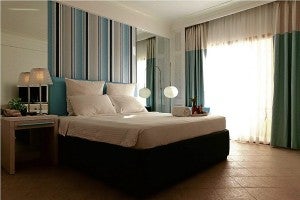 The Ibiza Beach Club is famous for its world-class entertainment and spectacular ocean views second to none. The interior décor is predominantly white, with splashes of the colors of the sea—from bright aqua hues to sea-foam green shades. The entire open-air lobby is beaming with sunshine in the morning and gets a soft sunset glow in the afternoon.

The towering Venus coffee machine by Victoria Arduino is the focal point of the Grand Lobby. The machine was skillfully handcrafted out of pure copper by master artisans and metal sculptors in the village of Macerata in Southeastern Italy. It is the same maker as the coffee machine used at the Vatican by Pope Benedict XVI, although I doubt His Holiness has an Ibiza right beside.

The Grand Lobby, all public areas and the garden are equipped with Bose audio systems. Stark-white, Ferrari-branded parasails are used throughout the hotel to create that Ibiza feel.

The Sails, Mövenpick’s all-day dining restaurant, has themed buffets that flow into the Grand Lobby and the al fresco area. Executive chef Johnny Rodriguez, of Spanish ancestry and training from L’Ermitage in Beverly Hills and Caesar’s Palace, Las Vegas, uses his eclectic background to create a culinary feat for his international buffet. For more casual dining, there is the Churrasco Grill and Tapas Bar, offering smashing Spanish favorites and killer cocktails.

Standard rooms were remodeled to feature the white- and aqua-hued themes of Santorini, Greece. Luxury is visible in the littlest details, with toiletries sourced from Chopard.

The Ibiza Loft Suite is a two-level, three-bedroom space with a 120-degree sea view. Genuine rosewood and Merbau floor decking is used all throughout the property, more than any other hotel in South East Asia.

Cebu is a treasure of great hotels and furniture shops. Over the Sinulog weekend, I discovered Vito Selma (www.vitoselma.com), a specialized furniture maker that does both classic and contemporary furniture pieces.

The design team is a family collaboration, where the parents handle the traditional designs and the younger generation creates the exciting, ever-evolving and funkier designs. 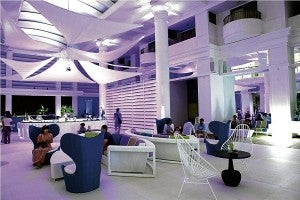 Simplicity governs Vito Selma’s bursts of creativity, and simplicity dictates the complex contours he forms his choice material, wood, into. Unabashed and unafraid to display the nakedness of wood grain and texture, his pieces call to mind the archetypal nudes who stand before artist and audience, showing each curve and crest of their composites.

Artistic indeed is how this young designer chooses to approach his craft. Rather than express full command over what most perceive simply as means to making furniture, wood occupies a very personal space in his world. He refers to it as his “partner,” implying an equal give and take of complications and accomplishment, a mutual understanding.

The result is an unusually reflexive portrait of a boy and his wood: the material seemingly assimilates the literal “flow” of Vito’s creative outputs and his inspirations, as can be found in his tabletops and much-reputed sofas.

With furniture designers like Vito, it is more fun in Cebu!