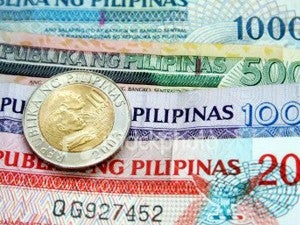 MANILA, Philippines—The peso climbed on Tuesday as the announcement by Japan’s central bank that it would implement an aggressive stimulus measure lifted appetite for some emerging market assets.

The Bank of Japan has announced it will implement an open-ended purchase of assets starting 2014 in an attempt to lift the anemic Japanese economy.

Traders said portion of the liquidity to be injected by the Japanese central bank might go to emerging markets as holders use the money to buy financial instruments offshore.

The expectation of higher demand for emerging market assets and, therefore, of appreciation of emerging-market currencies has lifted demand for assets in the region, traders said.

Efforts to boost the lackluster Japanese economy also are a welcome development for fund owners who look for income opportunities arising from better global economic outlook.