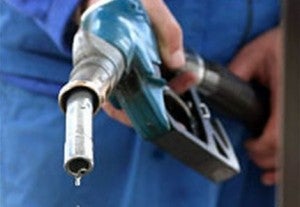 THERE’S NO STOPPING Expect more price hikes in petroleum products until the end of the year as the Brent benchmark for crude prices may reach as much as $130 per barrel.

Consumers should brace for higher prices of local petroleum products until the end of this year as the Brent benchmark for crude prices would likely reach as much as $130 a barrel, according to a Platts official.

At the sidelines of the Platts Forum held Tuesday, Jorge Montepeque, global director for pricing at Platts, admitted that while nobody could rightfully predict oil prices, the slowdown in the growth in Asia has tempered what would have been a surge in Brent prices to as much as $150 a barrel.

“Growth in Asia is not so hot anymore. I think $120 barrel to $130 a barrel [pricing for Brent] is quite likely because China is cooling off a little bit. China is not as strong as it was. But the overall base for prices continue to be very strong,” Montepeque explained.

Although the expected increase in the Brent benchmark for crude prices would definitely impact local fuel prices, Montepeque urged the Aquino administration “not to do much at all and let the [fuel price] market be free.”

The Philippines uses the Dubai crude benchmark for crude prices while Brent is used largely as a benchmark in Europe. However, the price movement of the Dubai crude closely follows that of the Brent, which stood at $116 a barrel as of Monday.

Zenaida Monsada, director for the oil industry management bureau at the Department of Energy (DoE), also admitted that “petroleum prices are moving up generally” and will thus impact the Philippines, which imports practically all of its transport fuel requirements.

“In order to lessen the country’s dependence on imported oil, we have moved toward cleaner, more indigenous fuel. The most feasible alternatives would be liquefied petroleum gas, compressed natural gas, biofuels and even electricity,” Monsada told delegates who attended the forum.

Separately, Energy Undersecretary Jose M. Layug Jr. stressed that the DoE already laid down its short-, medium- and long-term plans that would help cut costly fuel imports and lessen the vulnerability of the Philippines in the event of any global oil price surge. These measures and initiatives, in effect, would cushion the country from volatile oil prices.

Layug said that for the short term, public transport was being given various forms of assistance such as discounts from oil companies and the P450-million Pantawid Pasada Program, under which the government provides some 140,000 jeepney drivers with fuel assistance smart cards with a load of P1,050.

Montepeque, however, disagreed with this particular program, saying that it was “not a good idea as [the government would only create a bigger] budget deficit.”

“Subsidies create artificial demand so you just harm yourself [as a country that imports most of its fuel requirements],” Montepeque said.

Over the medium term, the government is crafting the Alternative Fuels Roadmap, which seeks to diversify the Philippine transport fuel mix. The roadmap will see the conversion of existing transport vehicles to run on other fuels than diesel.

The DoE, in particular, wanted to convert more than 2,000 diesel-fed jeepneys to run using liquefied petroleum gas (LPG) and natural gas—the cost of which could reach P200,000 for each unit of jeepney. It was earlier reported that the DoE was working with multilateral agencies for cheap funding for the program.

For the buses, the energy department is set to launch a pilot program to convert 10 buses so these would run on LPG at a cost of P150,000 each, or a total of P1.5 million.

In the long term, the government is pushing the exploration and development of the country’s own resources through the recent launch of the Philippine Energy Contracting Round 4, in which the DoE offered contracts for 15 highly potential oil and gas areas.